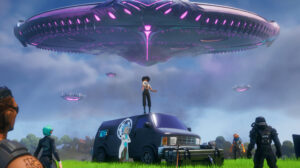 Fortnite’s Chapter 2, Season 7 launched yesterday and brought with it a new theme — Invasion.

There’s a lot to unpack from an updated storyline, new POIs (point of interest) and skins to a new Battle Pass upgrading system and weapons.

After weeks of teasers and leaks from Epic Games hinting at an alien-themed season, the Season 7 trailer dropped yesterday, showcasing an other-worldly UFO entering the Fortnite universe and causing havoc.

Check the trailer below: 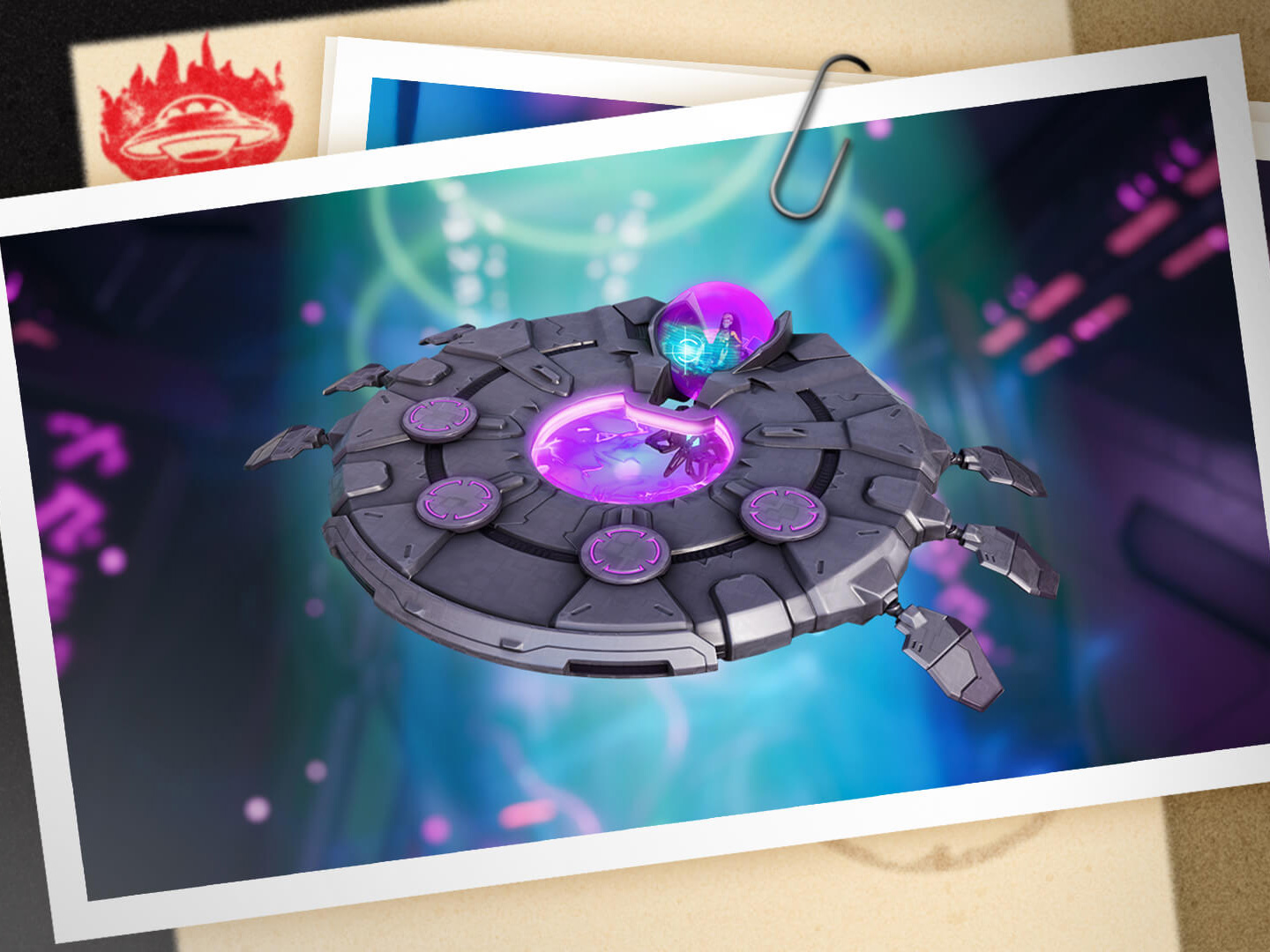 If you open your in-game map, you’ll see that a few of the POIs on the map are highlighted with a purple colour. This indicates where the UFOs will spawn in that game.

These UFOs are controlled by aliens during the early game, which might suck you in with the ship’s gravity beam and spit you out somewhere nearby. An easy way to tackle this is to shoot the originating point of the beam. This will make the UFO crash, allowing you to fight the alien inside it and take control of the UFO for yourself.

Once you’re in the driver’s seat, the UFOs are a great way of rotating around the map. It also gives you access to shoot the ship’s energy beams that do 30 damage per hit to players. 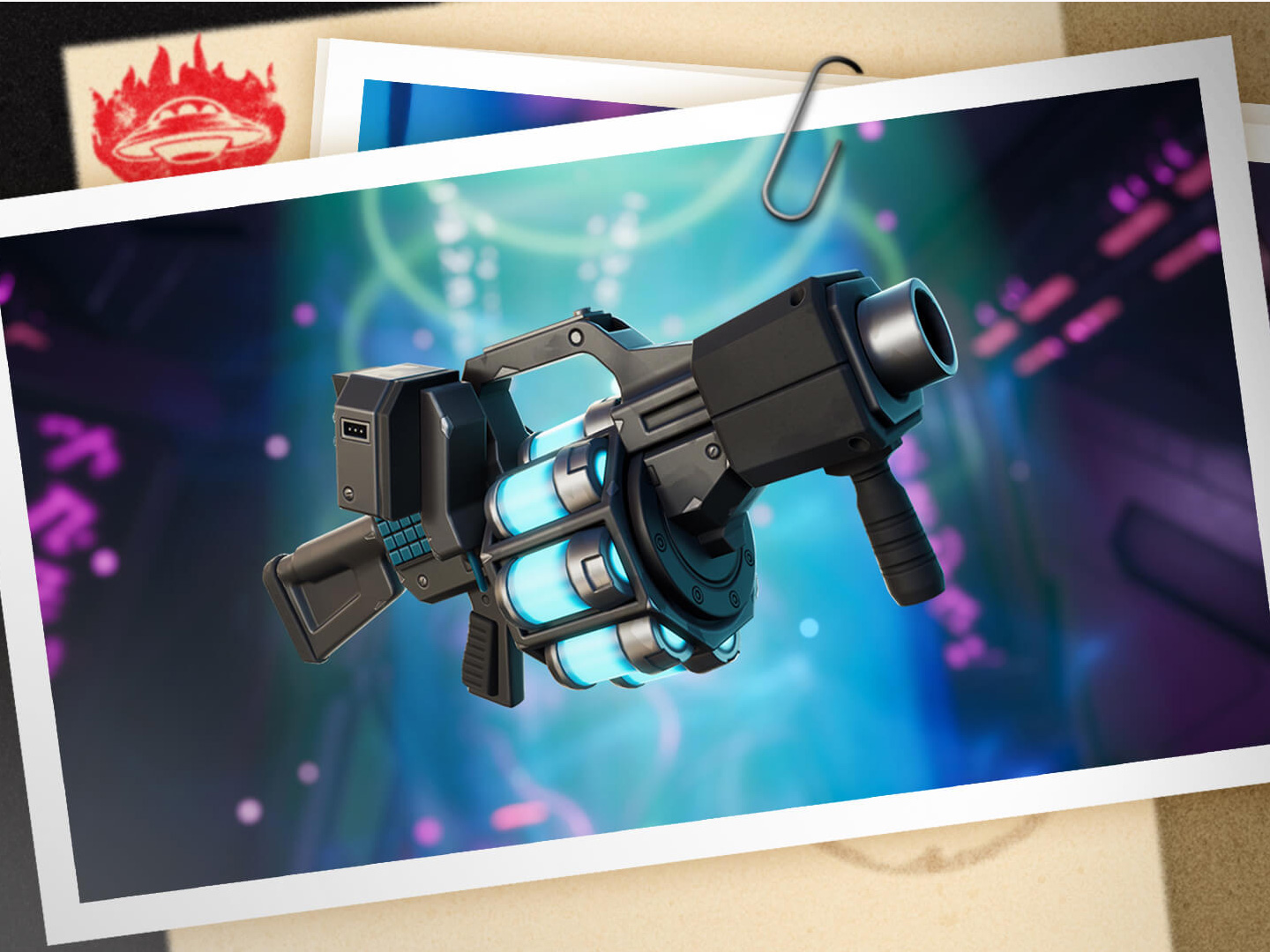 The most prominent new weapon this season is the Recon Gun. This gun looks similar to the old grenade launcher but serves a different purpose. When shot, an orb travels in the direction you’re facing and scans that area, revealing any players that might be taking cover or camping.

The reveal feature works through walls and other structures, making this new weapon extremely overpowered for W-keyers. In addition to players, it also reveals any unopened chests in the area. 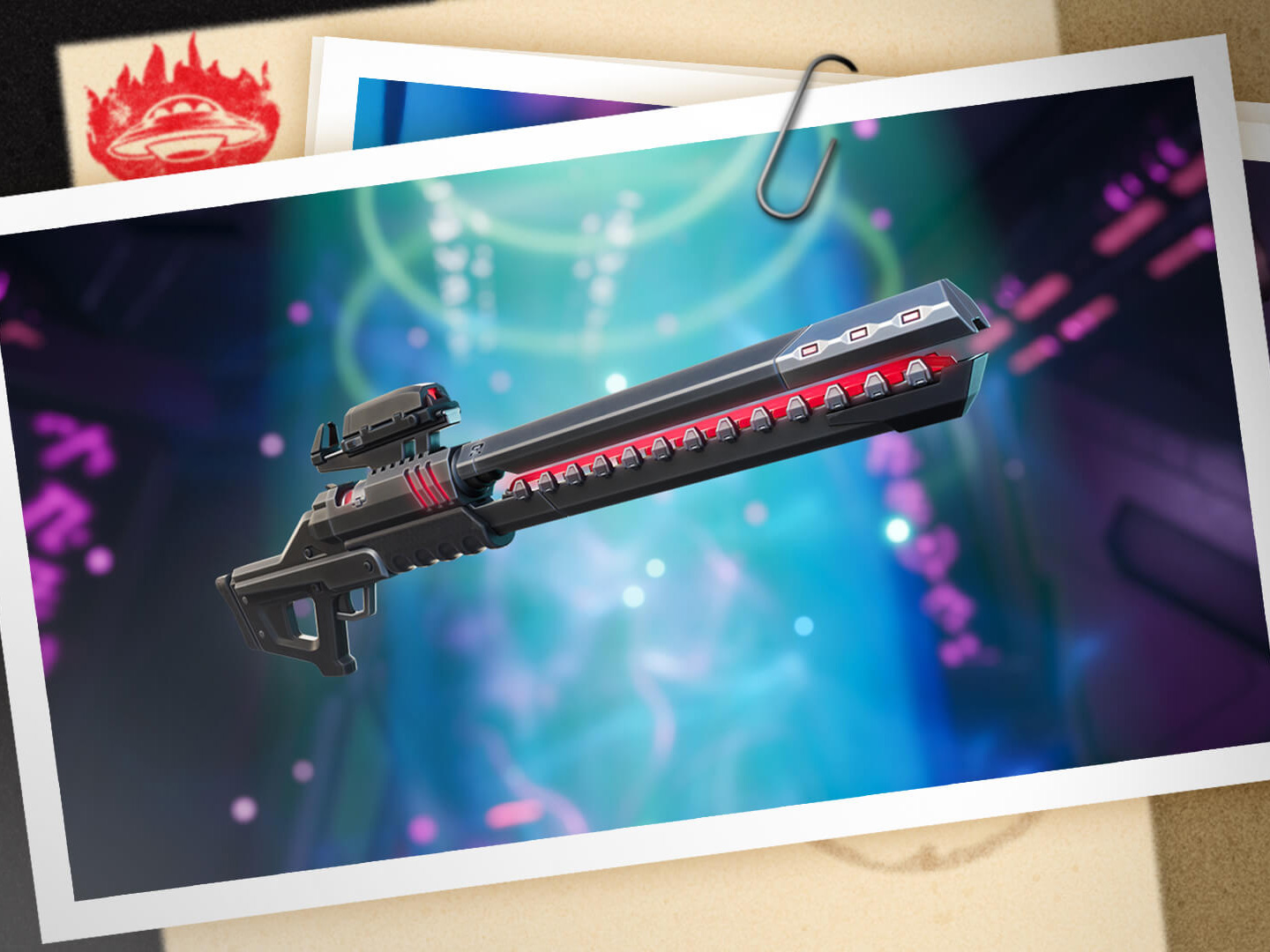 The second most busted weapon this season is the Rail Gun Rifle. It is not as busted by itself, but it’s a different story when combined with the Recon Gun. The Rail Gun is a charging weapon that shoots a single shot per magazine but what’s special is that these energy shots can pierce through walls and structures to deal damage to players.

Now combine that with the Recon Gun’s ability to reveal players through walls and you’ve got a weapon that’s super fun to use but a pain to battle against. A single shot from the Rail Gun deals 85 damage to players. 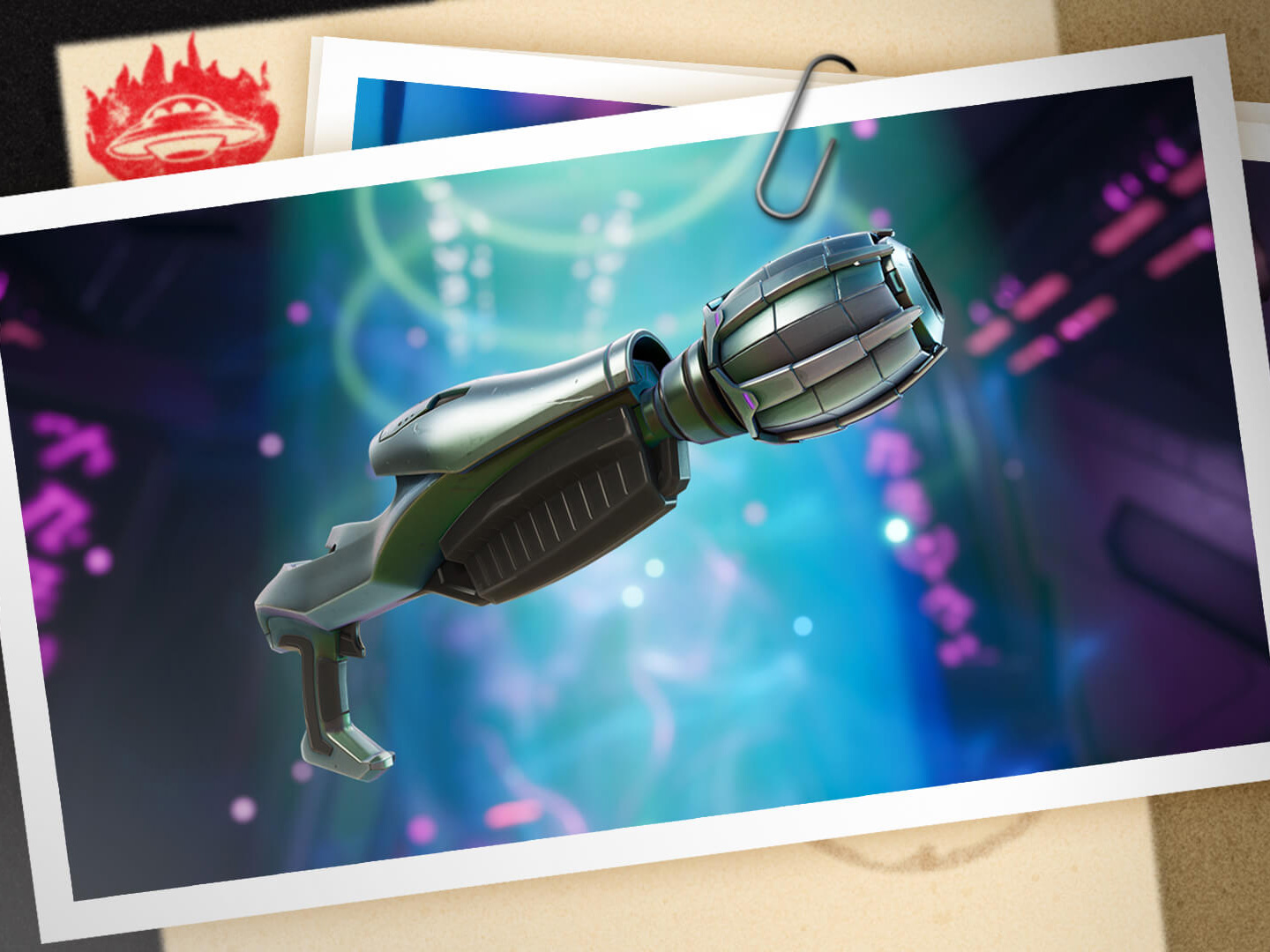 We then have the Kymera Ray Gun. Remember the alien we talked about that you can battle once you shoot its UFO down? Killing this alien NPC will award you with the new Ray Gun.

The weapon drops in Rare, Epic and Legendary variants. This weapon has unlimited ammo and shoots a continuous beam of energy that does nine damage per tick. 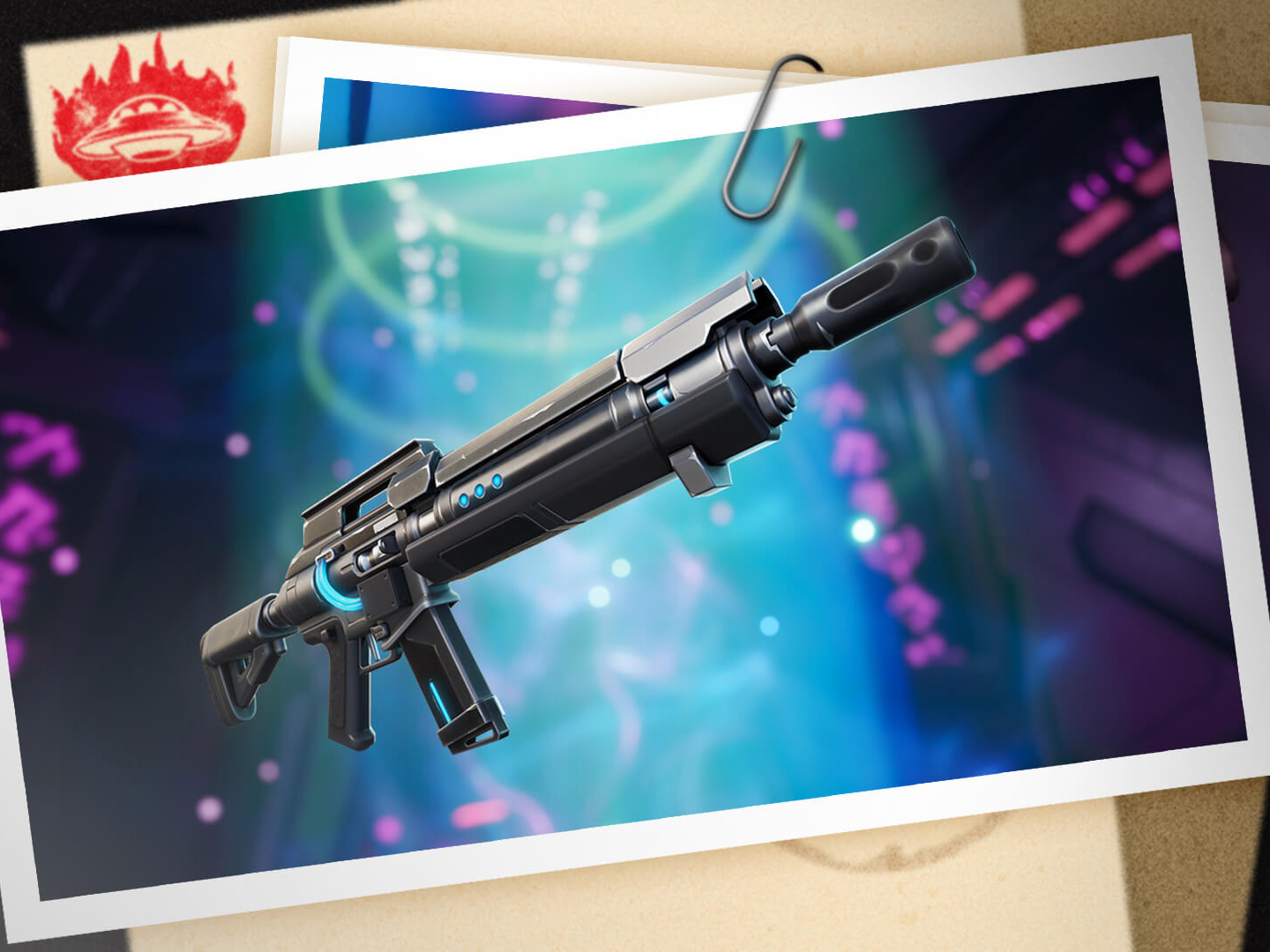 We also got the new Pulse Rifle which, when hip-fired, shoots like a fully automatic gun which is lethal in close range but not so accurate for long-range shots.

When ADS-ing, the gun shoots one bullet per click but is much more reliable and accurate. There are many other unvaulted weapons and items that aren’t necessarily new but old classics that everyone loves.

This season’s Batlle Pass brings back Battle Stars. Every time you level up, you earn 5 battle stars that can be put towards anything in the Pass. This allows you to unlock items that speak to you and leave behind the ones you’re not interested in. Think of the battle pass as an in-game shop and the currency (battle stars) as something you have to earn by completing challenges and levelling up.

Epic has something special for People who want to collect every single item from the battle pass. Each Battle Pass page contains a unique locked prize that can only be obtained when all of the other battle pass items on that page have been claimed. This will definitely give players a reason to grind and complete the battle pass.

You can learn more about the new Battle Pass upgrading system here.

Rick and Morty’s Rick Sanchez is the final collectible skin in this season’s battle pass. He can be claimed once you reach Page 10. Another notable crossover addition in this season is Superman, well Clark Kent to be exact. His page is currently locked and players will have to wait until August 12 to get their hands on the DC comics’ hero.

Though the change of pace from last season’s pre-historic ‘Primal’ theme to this season’s fast-paced futuristic alien-invasion theme is a lot to take in at once, the new season does seem to be fun with a lot of changes and additions to Fortnite that will keep players engaged for long.