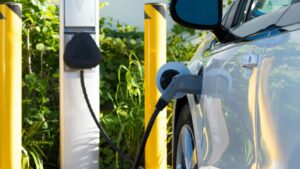 Canada’s eastern-most province, Newfoundland and Labrador, has announced a new electric vehicle (EV) rebate of $2,500 to help residents get behind the wheel of an electric vehicle.

The program is set to receive $500,000 in funding, which will support 200 EV purchases unless more funding gets added. A website called takeCHARGE Newfoundland and Labrador claims that there are currently 190 EVs in the province, so this funding has the potential to double that number.

The site also lists that users have access to 12 public chargers, with a total of 21 more planned to be added throughout 2021.

This rebate is a big deal for people in Newfoundland and Labrador since it stacks with the federal government’s $5,000 rebate for a total discount of $7,500. So far, there’s no mention if the province’s rebate will only apply to lower-cost EVs like the federal option does.