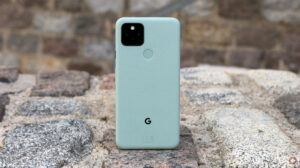 Samsung will reportedly begin production of various folding OLED panels in October for upcoming devices from Vivo, Xiaomi and Google.

The report comes from South Korean publication TheElec, which specified that the panels made for Google will measure in at 7.6-inches and will be used in a folding Pixel phone. Further, the panel will fold in. TheElec also mentioned the Vivo phone will have an 8-inch main screen and a 6.5-inch outer display but didn’t specify the size of the Xiaomi display.

What’s particularly intriguing about the report is it adds more fuel to the foldable Pixel rumour-fire. It builds on the earlier ‘passport‘ rumour — passport being an alleged codename for a foldable Pixel set to launch later this year alongside the Pixel 6 and 6 Pro.

The Verge also detailed foldable Pixel rumours dating back as far as 2019, noting that Google previously published patents for folding screens. The search giant also told CNET that it was prototyping foldable devices but hadn’t found a “clear use case yet.”

Although it looks like Google is prepping some kind of foldable, we’ve yet to see any significant leaks. It’s particularly unusual for Google and the Pixel brand, which has gained some notoriety for extensive leaks.

Regardless, if Samsung’s preparing to make folding displays for Google, it likely means a foldable device is on the way. It’ll be interesting to see Google’s take on the foldable — perhaps the search giant will be able to push the category in new and interesting directions.

Source: TheElec Via: The Verge