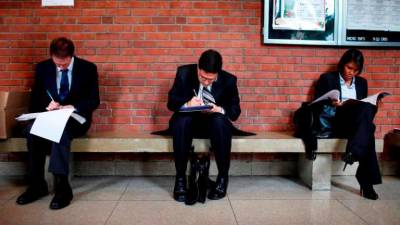 KUALA LUMPUR: The unemployment rate in Malaysia for April 2021 has dropped to 4.6 percent which was the lowest rate since October 2020, the Department of Statistics Malaysia (DOSM) reported today on Statistics of Labour Force, Malaysia, April 2021.

“Malaysia’s labour force continued to be on a recovery path in April 2021 as Recovery Movement Control Order (MCO) in most states and Conditional MCO gave more opportunities for businesses to continue their activities in full capacity while adhering to strict standard operating procedures.

“Better business outlook was also reflected by the performance of Leading Index (LI) for March 2021 which posted an increase of 1.8 percent month-on-month (February 2021: 1.1 percent).

Mohd Uzir said the actively unemployed, which is defined as those who were available for work and actively seeking job encompassing more than 80 percent of the total unemployed persons, had decreased by 8,200 persons (-1.3%) to record 618,700 persons (March 2021: 626,900 persons).

“Out of the total actively unemployed, 52.1 percent were unemployed for less than three months.

The number of employed persons remained in an increasing trend with a month-on-month gain of 22,700 persons to post 15.35 million persons, while the employment-to-population ratio which indicates the ability of an economy to create employment remained unchanged at 65.4 percent in April 2021.

Services registered an upward trend in the number of employed persons during the month largely in wholesale and retail trade; food and beverages services; education; and human health and social work activities.

“Similar trends were also observed in manufacturing and construction sectors while both agriculture and mining and quarrying sectors continued to record a negative month-on-month momentum,” he said.

Mohd Uzir said own-account workers registered an addition of 12,300 persons to record 2.49 million persons in April following the continuous operations of small businesses during the month.

In addition, the number of employed persons who were temporarily not working remained on a declining trend with a reduction of 5,000 persons to record 116,000 persons.

May 2021 has witnessed the public health crisis situation in Malaysia getting more challenging with a rise in the number of daily Covid-19 infection cases, hence resulting in the implementation of the total lockdown nationwide from June 1 to 14 with the closure of all economic and social sectors except for essential economic and service sectors.