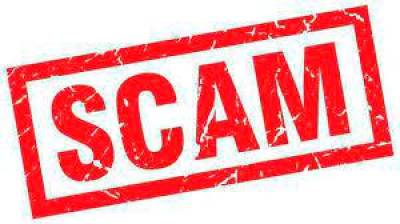 IPOH: A clerk lost RM79,600 after being deceived by a Macau Scam syndicate member, posing as a police officer from the Sabah police contingent headquarters (IPK).

Hilir Perak district police chief ACP Ahmad Adnan Basri, the 51-year-old victim was deceived by the suspect who claimed that she was involved in money laundering through a phone call using IPK Sabah’s telephone number at 088-454222.

“On June 4, while the victim was at her workplace, she received a phone call from the suspect telling her that if she wanted to resolve the problem, she was required to make payment in advance.

“The victim has transferred money at a cash deposit machine eight times with a total value of RM 79,600 at a bank branch in Teluk Intan,” he said in a statement today.

According to Ahmad Adnan, once the victim deposited all the money as instructed by the suspect, she found that the suspect’s telephone number could not be contacted.

He said the suspect’s modus operandi was to call the victim using the Sabah IPK telephone number to convince her that the first call was from the police.

“After that, the suspect sent a bank account number to transfer money via WhatsApp using the mobile phone number 011-12715059. The check conducted found the location of the phone and WhatsApp calls were made by the suspect from Miri, Sarawak,” he said.

He said the case was being investigated under Section 420 of the Penal Code. –Bernama