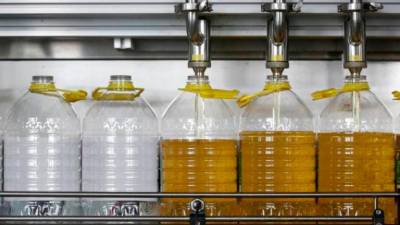 He said cooking oil is a basic essential household item and among the main ingredients in the economic sector, especially the hotel, restaurant and cafe (HoReCa) segment.

As such, he said, any drastic price increase would directly impact the public for their daily use of the commodity and also affect household and business spending.

“The price must be controlled as it will affect the country’s economic growth, whereby consumers will reduce spending and begin to limit other spending to buy the increasingly costly cooking oil.

“An uncontrolled increase in the price of cooking oil too will lead to other problems such as traders raising their food prices,” he told Bernama.

In a statement, the Domestic Trade and Consumer Affairs Ministry (KPDNHEP) said the government did not fix the price of the bottled cooking oil as they are not subsidised cooking oil.

The government only set the price of the 1kg subsidised cooking oil in polybag packs at RM2.50 per pack.

KPDNHEP said the price of crude palm oil was decided by the world market, which was uncertain.

Currently, the price of crude palm oil in the world market has reached over RM4,300 per tonne compared to around RN2,500 previously, equivalent to about RM4.30 per kg before being processed and bottled.

This means the cost of crude palm oil has exceeded RM21 for 5 kg, without taking into account the other costs such as bottling, transportation and profit at the factory, wholesaler, distributor and retailer levels.

However, Shazali said seeing Malaysia as among the largest producers of palm oil in the world, it was illogical if local consumers were forced to bear the burden of its price increase in the global market.

He suggested that KPDNHEP use the controlled float system for the price of bottled palm oil as had been done to decide the prices of petrol and diesel.

But one maximum price must be set although it was not a subsidised item, as a long-term solution, he said.

He also suggested that the government implement the windfall tax on palm oil producing companies which reaped huge profits from the current hike in the price of crude palm oil globally. — Bernama