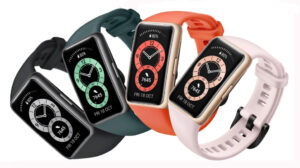 Huawei’s latest fitness wearable offering, the Band 6, has been available in several European, Asian and Middle Eastern markets for a while. Now, the band has officially launched in Canada for $98.99.

The band has 96 different exercise modes and keeps track of your heart rate and calories, presenting the data in easy-to-read graphs on a 1.47-inch AMOLED FullView display.

Learn more about the watch here. Huawei’s website redirects users to Amazon to purchase the band.

Fully vaccinated? PM says you can soon dine in, socialise once details are finalised