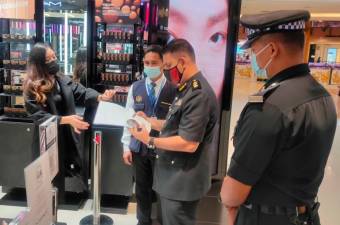 PETALING JAYA: A series of indecisions, flip-flops and U-turns on the standard operating procedures under Covid-19 conditions has built up into a big headache for businesses and individuals in the country.

Added to that are the red tape and inconsistencies on whether businesses can resume operations.

According to several analysts and stakeholders, this has created a lot of confusion and raised uncertainties.

The inconsistencies are many. For instance, it is alright to cycle to work but not at a park. Then, there is the issue of the sale of alcoholic drinks. It started with a total ban but it was later revised to allow such sale at outlets such as convenience stores.

As national journalism laureate Tan Sri Johan Jaaffar said, there is now a severe trust deficit in the ability of the government to see the country though the health crisis.

“We are not sure now where we are heading,” he told theSun.

Bangi MP Ong Kian Ming has even drawn up a list of
self-contradicting guidelines that he said have raised more questions than answered them.

He pointed out that the six ministries that have been empowered to issue permits for businesses to operate are not even sure which sectors come under their individual jurisdictions.

For instance, all businesses that appear on the list of sectors that are allowed to operate are still waiting for the go-ahead from the Ministry of International Trade and Industry.

Johan said there have been many instances when ministers were even contradicting each other.

“It looks like they are making announcements without thinking through the process and its impact or the need for each new restriction.”

He said a better communication strategy is urgently needed to avoid more confusion.

Seputeh MP Teresa Kok said the conflicting statements have made the government a laughing stock in the eyes of the people.

She said it is for this reason that hastags such as #kerajaangagal have been trending on social media.

She cited the ban on the sale of alcoholic drinks as “nonsensical” and will only cause hardship to supermarket and pub operators.

Businesses complain that the process to apply for a permit to continue operations has been “next to impossible”.

Arena Group head of human resources in Asia, Srithren Krishnan, said employers are required to key in the same information on different ministry websites and applications to each ministry must come with a unique email address.

“Otherwise, the application will be rejected. Keying in the data alone is a nightmare,” he told theSun.

He said the rational thing to do is to link all the ministries’ websites so that there is a common entry point for all applications, and queries can be addressed automatically.

He suggested that the SOP be uniform across the board. “For instance, make the Human Resources Ministry responsible for accommodation and no other ministry be allowed to override its decision,” he added.

For instance, he told theSun, applications for travel permits for workers must be sent to the ministry in charge of their industry but there has yet to be clear guidelines on which ministry is in charge of which sector.

“Finally, it was stated that all applications will be accepted through CIMS (Covid-19 Intelligent Management System) but confusion remains. Firstly, each application will still have to be verified by the relevant ministry and it is still unclear how such validation will be done,” Syed Hussain added.