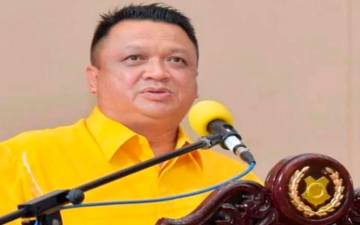 KANGAR: The Perlis Islamic Religion and Malay Customs Council (MAIPs) has allocated RM7.2 million for the purpose of carrying out various initiatives to help those affected during the Movement Control Order (MCO) 3.0.

The Raja Muda of Perlis, Tuanku Syed Faizuddin Putra Jamalullail(pix) said that the Raja of Perlis Tuanku Syed Sirajuddin Jamalullail had approved the huge special allocation to help the people in the state.

“Various initiatives have been planned to ease the burden of those affected (asnaf or those eligible to receive tithe) as expected by tithe contributors through MAIPs,” he said in a statement issued by MAIPs today.

Tuanku Syed Faizuddin, who is also the MAIPs president, said that several other initiatives have been identified in the event of new need arises such as the extension of the MCO period.

Meanwhile, MAIPs chief executive officer Mohd Nazim Mohd Noor added that MAIPs will announce the distribution of contributions as well as the implementation of the initiatives in the near future.

“MAIPs will always strive to ensure that the initiatives implemented will take into account various factors including the current situation and urgent needs that will benefit those targeted,” he said. –Bernama