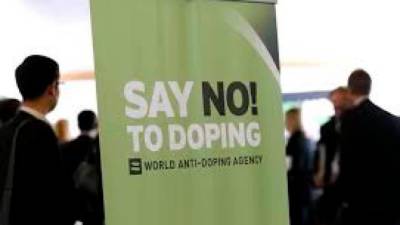 MELAKA: “There is no and never will there be any shortcut to success in any field including sports.”

This piece of advice from Badminton Association of Malaysia president Tan Sri Mohamad Norza Zakaria comes as a thinly-veiled warning aimed at young athletes who use shortcuts, including prohibited performance-boosting substances, to attain success in sports.

He said even though they have excuses for their substance-abusing behaviour such as needing stimulants to maintain their stamina levels and overcome stress during the selection process, it is not the solution to their problems; in fact, it can have a disastrous effect on their career.

“Learn from what happened to (world badminton champion) Datuk Lee Chong Wei. He was at the peak (of his career) but due to his carelessness he had to go through the most difficult times of his life,” he told Bernama.

Traces of the banned substance dexamethasone were detected in Lee’s sample while competing in the World Championship in Copenhagen, Denmark, in August 2014, following which an eight-month ban was imposed on him by the Badminton World Federation (BWF).

The BWF had said that Lee had not intended to cheat but had been negligent and had not realised he had ingested the substance contained in the casings of gelatin capsules.

“Just imagine, he fell to 182nd spot in the world ranking for badminton and had to make his way up all over again. But then, Lee was a well-known player so he made it but in the case of young athletes (caught for doping), it’s uncertain if any association or authority will help them,” said Mohamad Norza.

He also cited the example of a local bodybuilding association that took a long time to regain the trust and confidence of various authorities in the industry after a few of its athletes were embroiled in a doping issue.

“Because of the actions of one or two persons, the entire development of the sport is hampered. Imposing a fine may not necessarily help because image is more important as it involves the views of the association or international sporting body responsible for imposing the penalty,” he pointed out.

Sharing his views, former director-general of the National Sports Council and National Sports Institute Datuk Dr Ramlan Abdul Aziz admitted that the issue of doping is not viewed seriously at the coaching and management levels although athletes aged between 14 and 21 have been officially undergoing doping tests since 2004.

“Way back in 1996, during anti-doping testing at the Sukma (Sukan Malaysia) games, one sprinter tested positive (for a prohibited substance) and was stripped off his gold medal. To me this was a very serious matter,” he said, adding that back then doping tests were only carried out for certain events in Sukma in which national-level athletes participated.

Ramlan, who also served as Anti-Doping Agency of Malaysia director from 2017 to 2020, said it is unfortunate to note that action is only taken each time a positive case is detected.

“That positive case in Sukma (in 1996) was a clear signal that the matter should be taken seriously,” he said.

Beginning 2004, the authorities started testing athletes randomly and found that doping did not only occur during competitions but also outside competitions, he said. The doping sampling process, however, has its own risks as some athletes may have been ingesting banned substances unintentionally via medications without the advice of their team doctor.

Acknowledging that doping can also be part of an “organised criminal plan” by certain quarters to sabotage athletes by providing them with prohibited substances, Ramlan, however, said this is something that is difficult to prove, adding that even the athletes themselves would not come forward to give evidence.

“We cannot simply make accusations. To make things more complicated, there’s no avenue in our nation’s legislation enabling our athletes and coaches to lodge complaints without facing any threat from any party,” he added.

Although they have been discussions pertaining to legislation, the most important thing to do now is to rectify the existing mechanism, he said.

“There’s no need for a new law. We already have laws that can be used against white-collar criminals who exploit athletes by selling banned substances to them.

“The authorities have to be more assertive because the government is spending millions of ringgit on the athletes’ training programmes and we want the athletes to perform well by using their own natural ability so that they can be an inspiration to the people,” he said.

Ramlan also recommended that all national athletes only be allowed to get their medications from the National Sports Institute doctors who would be more knowledgeable about substances that can influence the outcome of doping tests carried out on athletes during a competition.

“Nevertheless, this problem (doping in sports) can only be overcome if all athletes remain resolute in their determination to stay clean and compete fairly,” he added.

Weightlifter Amirul Hamizan Ibrahim was slapped with a two-year suspension in 2005 after he tested positive for an anabolic steroid. –Bernama