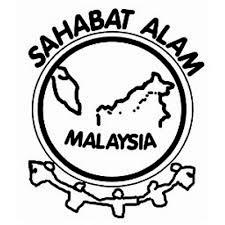 It fears that the mining will damage 500 acres of land and cause serious water pollution, destroy wildlife habitat and natural environment which must be protected and conserved.

“We are most concerned that such an opencast/strip mining has been proposed for this project by Nadi KW Sdn Bhd, as disclosed in an Environmental Impact Assessment (EIA) that is currently under review,” SAM president Meenakshi Raman said today.

“Despite well-known dangers of open cast and strip mining abroad which have shown the significant damage which can result to the environment, we are shocked that such a proposal is under consideration.

“To make matters worse, the EIA reveals that the project has already cleared 117.32 ha (57%) of the land and work has started (with 80% of the pre-operation stage completed) before the EIA submission. This is an offence under the EQA 34(A)(6).”

How the company is allowed to start work even before the EIA has been approved is a mystery and requires clarification from the Department of Environment (DOE), Meenakshi said.

We are very concerned that the EIA process will rubber stamp the mining operations and will legitimise the illegal works that have been going on, she added.

Based on SAM’s review of the EIA, it highlighted three other major serious concerns about the proposed project.

“It is evident that the proposed mining operation will affect the ecosystem to a state which will be irreparable following the environmental destruction,” Meenakshi said.

“The water modelling results show serious concerns about water pollution, even with the proposed mitigation measures in place. Many parameters, especially the heavy metals, will exceed the baseline levels and be classified as Class V, the most polluted level when the mining operation begins.

“This is a serious concern especially when the Lebir Water Treatment Plant is located just 1-km away downstream from the project site. Further, the recent case of flooding at the downstream area of Sg. Kelantan raises a further concern on the water pollution issue.

“While the proposed project may not be affected by the flood, the project can potentially increase the frequency of flash floods in the downstream area, as confirmed by the EIA. Acid Mine Drainage is another serious concern stemming from the mining industry.”

SAM urged DOE to not approve the EIA report. The project proponent should be directed to rehabilitate the area that has been cleared and stern action should be taken against them for starting the project before acquiring approvals, Meenakshi said.

“We would like to alert the public that the notification and executive summary of the Environmental Impact Assessment (EIA) report of this proposed project are currently being displayed by the Department of Environment (DOE),” she added.

The full EIA report of the proposed project can be accessed online and the deadline for the public feedback submission is June 15. For more information, please check out https://bit.ly/2SiMrAQ.