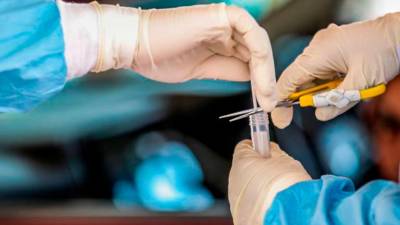 The committee announced in a statement today that the three workplace clusters were in the Tatau district, Pekan Tatau Baru, Sungai Kakus and Semanok, while the Kampung Kolong 2 cluster in Kuching district was triggered by movements during Hari Raya last month.

It said that the Pekan Tatau Baru cluster involved social movement and close contact of workers of a wood mill in Pekan Tatau and a longhouse in Nanga Tekalit in the same district.

“A total of 742 individuals were screened, with 27 testing positive, including the index case, while 213 are still awaiting their results. Both localities have been placed under the Enhanced Movement Control Order (EMCO),” it said.

The Sungai Kakus cluster involved a temporary oil palm plantation settlement in Kem Gabung and a longhouse in Nanga Tekalit in the Sungai Kakus area.

A total of 117 individuals were screened, with 51 positive cases found, including the index case, and 52 still awaiting their results.

The Semanok cluster, meanwhile, was caused by social movements and close contact between workers of an oil palm plantation in Semanok, with 192 individuals screened.

“Seven tested positive, including the index case, while results are pending for 172 cases. The oil palm plantation area involved has been placed under the EMCO,” the statement read.

“A total of 52 individuals have been screened, with 36 testing positive, including the index case, and the rest negative,” it said.

Sarawak today recorded 699 new Covid-19 cases, with 427 detected in the districts of Kuching, Sibu, Bintulu and Tatau, while eight fatalities were reported. — Bernama