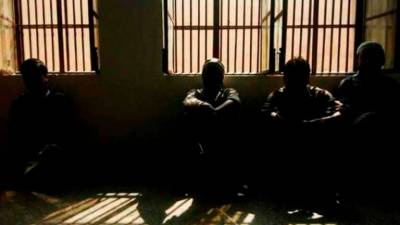 KUALA LUMPUR: Members of the public are advised not to be afraid in channeling information to the authorities or non-governmental organisations (NGO) on human trafficking activities, especially involving Malaysian citizens.

Stop Human Trafficking Association (SHUT) president Dini Dalilah Wan Nordin said among challenges faced by them and other NGOs, is that when the public fail to relay information, due to fear of the implications.

“Thus there is a lack of reports, because many are scared that they will be threatened and such. There is no need to be afraid because the authorities and NGOs will keep all information provided confidential,” she said in an interview with Bernama Radio today.

She added that there is a misconception within the public that human trafficking can only happen to migrants, causing cases involving local citizens not being reported.

“Among cases involving local citizens that had been reported to SHUT included prostituting of family members or girlfriends to pay debts,” she said.

Besides that, she said the public must also be more aware about human trafficking crimes during the Covid-19 pandemic, as the modus operandi has changed to cleaning services involving illegal immigrants.

Meanwhile, Dini Dalilah said NGOs are collaborating as the strategic partners to the government in efforts to curb human trafficking in the country, among others, by relaying complaints from the public to MAPO.

“There are also NGO members who are appointed as the Protection Officers to the victims where they play an important role as the caregivers, or provide moral support until the victims’ conditions become stable,” she added. — Bernama