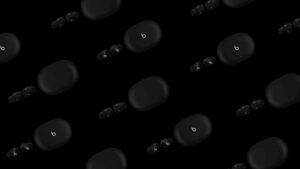 Back in May, Lebron James gave the world a sneak peek at the unreleased Beats Studio Buds via a subtle Instagram post. Now, Alex Morgan, a U.S. soccer player, has done the same.

Similar to the post that Lebron shared, Morgan too doesn’t mention the buds, though the way the photo is snapped makes it look like Apple is trying to subtly advertise their offering, all while building the hype for the still-unannounced buds.

Considering Beats’ typical focus on fitness, it’s highly likely that the brand has sent over a couple of units to athletes and artists before the buds’ official launch. Though no official release date has been confirmed yet, we might see a few more Instagram posts from influential celebrities setting us up for the inevitable launch of the long-awaited buds.

Beats Studio Earbuds will also, hopefully, cost a bit less than AirPods, given Apple has started to utilize its Beats brand as its more entry-level audio option.