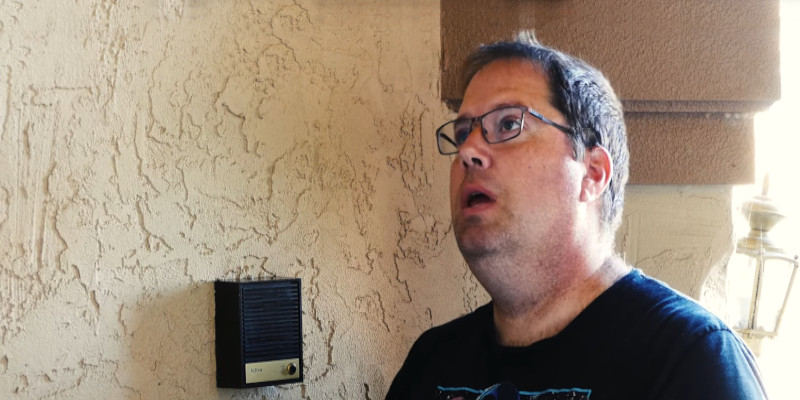 Ferris Bueller’s Day Off is a pop culture classic, and remains one of the standout teen films of the era. Notably, titular character Ferris was somewhat of a hacker himself, with the movie showcasing several contraptions the teenager used to get out of a day of school. Among them was the intercom, which [Aaron] faithfully recreated with modern technology.

For those who haven’t seen the film, the intercom was hooked up to a cassette player to feign a believable response to anyone that visited the house while Ferris was away. Rather than do things the old fashioned way, [Aaron] built his replica using an ESP32 fitted with a sound chip instead. When visitors ring the intercom, it plays back sound clips from the movie, while also signalling another ESP microcontroller inside [Aaron]’s house to let him know he has visitors.

The build is a charming tribute to the classic film, and all the more fun for [Aaron’s] efforts to make it look the part as well, choosing to build it inside a period-correct intercom housing. To avoid confusion for those who haven’t seen the film, however, he’s been careful to place a sign up to clarify the intercom is not as it seems.

We’ve seen other movie replicas in the same vein before – like this great Star Trek build. Video after the break.