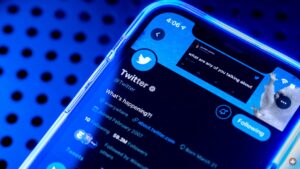 Twitter has started rolling out a preview of its revamped version of TweetDeck to a limited number of users.

The new version is rolling out to a small group of randomly selected users in Canada, the United States and Australia as part of the testing phase. If users have been selected to take part in the preview, they’ll see an invitation within TweetDeck to opt-in.

At first glance, the revamped version looks quite similar to the standard Twitter view on a desktop. TweetDeck’s original column layout lets users keep track of tweets from numerous accounts grouped together by lists. However, other users have posted pictures showing the improved TweetDeck with a layout more like the current iteration of the software.

Starting today, we’re rolling out a preview of the new & improved version of TweetDeck to a limited number of accounts, with enhanced functionality that incorporates more of what you see on https://t.co/8FModRv1sl. pic.twitter.com/rX0WhSKgmI

Big changes to the platform will likely be met with skepticism or criticism, as many people use TweetDeck to do their jobs.

The social media giant says the new version is “new and improved” and comes with enhanced functionality for users.

Further, Beykpour notes that Twitter will “take these lessons into account as we explore what TweetDeck could look like within Twitter’s subscription offerings later on. We’ll have more to share soon as we learn from these tests.”

If you want to take part in the preview, reverse app engineer Jane Manchun Wong shared details about how you can tweak your browser to see the new design.

Crowd gathers in heart of Kuala Lumpur for #Lawan protest

More than 20 million vaccine doses administered under PICK until yesterday