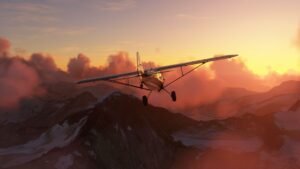 Xbox says there are now more than 80 touch-enabled Cloud games on Game Pass.

Xbox Game Pass is available on Xbox One, Xbox Series X/S, PC and Android and iOS in beta. Game Pass for Console and Game Pass for PC each cost $11.99 CAD/month.

Meanwhile, Xbox Game Pass Ultimate costs $16.99/month and is required for mobile streaming (which Xbox currently refers to as ‘Cloud’). On top of that, this tier includes Game Pass for both Console and PC, as well as an Xbox Live Gold subscription and access to EA Play.

Find out what came to Game Pass over the past couple of weeks here.

The post What’s new on Xbox Game Pass on console, PC and mobile in late July 2021 appeared first on MobileSyrup.