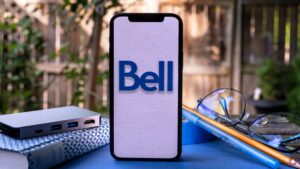 Bell has expanded its 5G network to 28 more communities and also unveiled 5G roaming service for Canadians travelling in the U.S.

The carrier has expanded its 5G network to more cities and towns in Ontario, Manitoba and Quebec. Bell’s 5G service is now accessible in Ajax, Frontenac Islands, Lincoln, Milton, Pelham, Thorold, Welland and Whitby in Ontario.

As for 5G roaming service for Canadians travelling in the U.S., the carrier notes that “Bell customers travelling south of the border were the first in Canada with US 5G roaming capability, with access to Bell partner networks covering more than 90 percent of the US national population with 5G service.”

Bell notes that the launch comes at a time when travel restrictions are starting to ease and customers across Canada are contemplating visits to the U.S.

“We’re thrilled to announce Bell 5G service for 28 additional communities in Manitoba, Ontario and Québec, including Québec City, while also unveiling the first 5G roaming service for Canadians travelling in the United States.”

Bell says it expects to reach 70 percent of the Canadian population with 5G service by the end of the year.