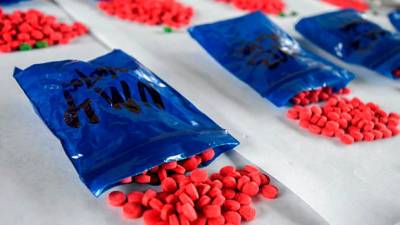 KUCHING: Sarawak Community Wellbeing Assistant Minister, Datuk Francis Harden Hollis today revealed the existence of a syndicate in the state which distributes drugs for free to school students in order to get them hooked.

Without exposing details of the syndicate’s activity, he said the school students were an easy target through this tactic and the situation was worrying.

“They (school students) would first be given the drug for free and when they have started enjoying it, they would want to buy it and if there is no supply, they would look for the syndicate,” he said at a media conference when tabling the One-Stop Committee to Address Drug and Substance Abuse (OSC MIDS) progress report, here, today.

According to him, the students who became addicted would be asking for money from their parents to buy drugs and there were those who even stopped their schooling.