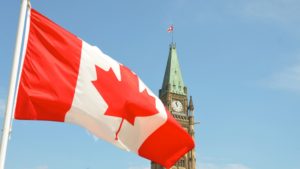 The government of Canada has launched public consultations on the upcoming National Quantum Strategy.

In Budget 2021, the government committed $360 million to launch a National Quantum Strategy, which will aim to support the Canadian quantum industry and solidify its global leadership in the sector.

The government notes that quantum technologies will support the growth of key sectors such as computing, communications, health care, transportation logistics, navigation and cybersecurity.

“Canadian companies need the support of their government as they jostle for a strong position at the forefront of quantum research, computing and software,” said Innovation Minister François-Philippe Champagne in a news release.

“Now is the time to strengthen and secure our position as a global leader in the quantum field. I look forward to working with the quantum community and encourage Canadians to participate in the conversation to help shape Canada’s quantum future.”

Innovation, Science and Economic Development Canada is hosting a series of virtual roundtables over the summer to gain insight from stakeholders in Canada’s quantum research and business communities.

Canadians can join in the public consultations by completing an online consultation survey.