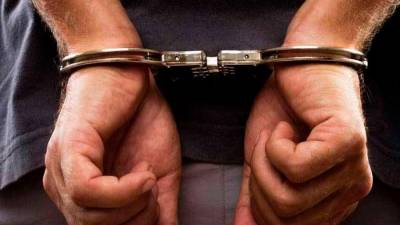 PETALING JAYA: A 29-year-old insurance agent who ranted about the police after being issued with a summons for allegedly breaching the movement control order (MCO) was arrested and faces investigations for multiple offences.

The man who was summoned for not wearing a face mask at a petrol station in Sri Damansara at 12.30pm on Monday had taken a video of the incident and his grouses in a live video in the social media, lamenting about his case and lashing out at the police.

Petaling Jaya police chief ACP Mohamad Fakhrudin Abdul Hamid said today that the man was arrested at his apartment in Bandar Sri Damansara at 10pm on Tuesday after a police report was lodged by a 38-year-old man who had viewed the suspect’s video earlier.

He said the suspect had also taken a Facebook live video during his arrest.

Mohamad Fakhrudin said the suspect who is being held under a remand order is being investigated under laws of the Penal Code for failing to give his cooperation to police personnel on duty under Section 186, for insulting and provocation under Section 504 and for making a statement that may cause public fear and alarm under Section 505(b).

He said the man is also being probed for rude behaviour in a public place under Section 14 of the Minor Offences Act and for the misuse of network facilities under Section 233 of the Communications and Multimedia Act.

In his first video with a duration of over 15 minutes on Monday, the suspect argued with the police that he did not wear his face mask as he had not entered the store of the petrol station and had merely carried out a transaction over a window of the store.

After handing over his MyKad to the police, the suspect also demanded for a policeman’s MyKad to know his identification but was promptly issued with a summons.

After he stepped into his car, he continued his tirade and lambasted the police, calling them “gangsters and just a tool”.

Uttering expletives, he accused Malaysians who complied with the law and obeyed police orders as “having no backbone and morality”.

In another video during his arrest at his apartment, his parents appeared to intervene and plead with him to cooperate with a team of policemen at the scene.

However, the suspect, who remained indoors, questions the police on their presence but eventually gives in and allows police to arrest him.