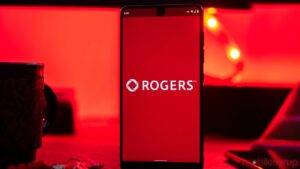 This is a significant change from the 1,000 postpaid wireless net losses the carrier reported in Q2 2020, according to Rogers’ Q2 2021 quarterly earnings report released on July 21st.

The carrier also reported 28,000 prepaid net losses. Rogers now has a total of 1,176,000 prepaid subscribers. Total wireless subscribers at Rogers and its sub-brands is now a combined 11,002,000.

Rogers also reported a postpaid churn rate of 0.80 percent, which is an increase from the 0.77 percent reported in the same period a year ago. Churn rate is the percentage of subscribers who discontinue their subscriptions in a month.

“The increase in postpaid gross additions, the higher postpaid net additions, and the solid postpaid churn this quarter and year to date were a result of strong execution and an increase in market activity by Canadians,” Rogers outlined in the earnings.

“The one percent increase in blended ABPU this quarter was a result of the increased roaming revenue,” the carrier outlined in the report.

Rogers’ blended ARPU for the quarter (average revenue per unit) was $49.16, compared to the $49.09 reported in the same period a year ago.

“The four percent decrease in blended ARPU year to date was affected by lower roaming revenue as stricter travel restrictions were in place for the first quarter of 2021,” Rogers notes.