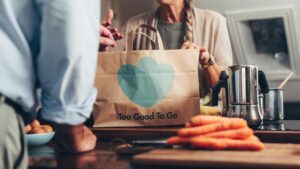 Too Good To Go, an anti-food waste app, has entered the Canadian market and officially launched in Toronto.

The app allows local businesses to sell ‘surprise bags’ of surplus food to the public at the end of the day to stop it from going to waste.

“As of today, anyone with the app is able to purchase a ‘Surprise Bag’ of food at one-third of the retail price from diverse local restaurants, bakeries, cafes, stores and other food sellers,” the company outlined in a press release.

Too Good To Go has launched with nearly 100 partners in Toronto, including three popular local businesses: Eataly, Greenhouse and Fresh City. The company notes that these locations were selected because of their commitments to sustainable practices.

The goal of the app is to help businesses save and sell food and beverages that would otherwise go to waste.

“We’re excited about the potential the app has to make an immediate impact among Canadians, who pride themselves on being environmentally – and food waste – conscious, but who may not have access to the tools that help them be part of the solution,” said Too Good To Go co-founder Lucie Basch in the press release.

The app has more than 40 million active users in 15 international markets. Too Good To Go says it has helped to save more than 82 million meals since 2016.

The company plans to expand throughout Canada in the coming months.

Image credit: Too Good To Go

Source: Too Good To Go

The post ‘Too Good To Go’ anti-waste food app launches in Toronto appeared first on MobileSyrup.