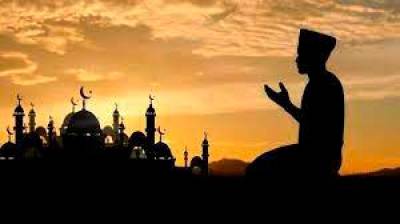 BUKIT MERTAJAM: Congregants of the Taman Pelangi surau in Juru say many of the people who prayed outside on Aidiladha morning – with 49 later arrested – were non-residents.

Zam, 40 – who was turned away by the surau because it was already at full capacity when he arrived – said that most of them had come from a neighbouring area because his foreign neighbours know they aren’t allowed to join the congregational prayer.

“Maybe they misunderstood because foreigners are not allowed to join the congregation at the surau or mosque now. Maybe they came en masse because they heard that the Aidiladha prayer was allowed,” he said.

He said that he and the other residents are upset by their behaviour which has given Taman Pelangi a bad name and made it look they are all rule breakers.

Mohd Ali Abdul Rahman, 69, said: “There weren’t many people when I arrived yesterday (at 8am). Outside, too, there wasn’t anybody yet.

“I went straight into the surau, registered, had my temperature taken as per the SOP (standard operating procedure) and waited for the Aidiladha prayer to begin.

“This surau only permits locals and those who have been vaccinated to join the congregational prayer, so there were no foreigners.

“However, about 8.30am – near prayer time – there were suddenly a lot of foreigners outside and I heard the surau management asking them to go home. Some locals were also turned away because the surau was full.”

Mohd Ali, who has lived in Taman Pelangi for 20 years, said the neighbourhood is home to many foreigners who used to come for the Friday congregational prayer before the pandemic.

“Since the movement control order (MCO) was imposed, foreigners have not prayed at the surau because they have to adhere to the SOP … but yesterday, after the Aidiladha prayer, I saw many people outside. They had prayed in the open area. I went straight home because I was worried,” he said.

Police were observed yesterday manning a roadblock (SJR) in Taman Pelangi and looking for the people who flouted the SOP on Tuesday July 20.

On Tuesday, too, the Police in Penang arrested 49 men, including a Malaysian senior citizen, after a video of hundreds of people praying outside the surau and on the roadside went viral.-Bernama