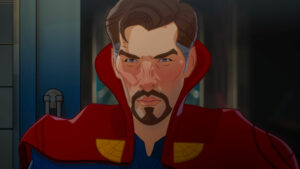 Disney has confirmed the new movies and shows that are hitting its Disney+ streaming service in August.

Notably, this month sees the release of Marvel’s What If?, an animated series that explores what would happen if events in the Marvel Cinematic Universe played out differently. Quebec City-based animation studio Squeeze co-produced five episodes of the series. It will also be the late Chadwick Boseman’s final performance as T’Challa.

See below for the full list of what’s hitting Disney+ in August:

It’s important to note that Star content is typically more adult-oriented fare from Hulu and other Disney-owned brands. If you’re looking to keep Disney+ family-friendly for your kids, you can read more on parental controls here.

Find out what came to Disney+ Canada in July here.