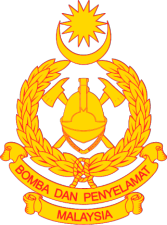 Sabah Fire and Rescue Department in a statement said the victim’s body was found at 12.25pm by the fire and rescue personnel who had launched a search for him about one kilometre from where he was reported to have gone missing.

“Based on the report, the victim went missing while going out with his mother,“ according to the statement.

Personnel from the People’s Volunteer Corps (Rela), Royal Malaysia Police and Department of Civil Defence as well as local villagers are also involved in the search operation. — Bernama