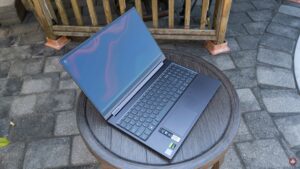 A new report from Canalys reveals that total shipments for 2020 increased by 17 percent to reach 458.2 million units, which is the highest volume since 2015.

“The holiday quarter brought continued strength to tablets, with shipments hitting an all-time high of 52.8 million units, for a 2020 total of 160.6 million units and 28 percent growth over 2019,” the report outlines.

Lenovo led the market in the last quarter of 2020 and for the full year, as it reached shipments of 28.8 million and 87 million units, respectively.

“On the back of a stellar performance in iPads, second-placed Apple managed to close the gap with Lenovo and shipped 26.4 million Macs and iPads in Q4, a total of 81.4 million units for the full year,” Canalys notes. 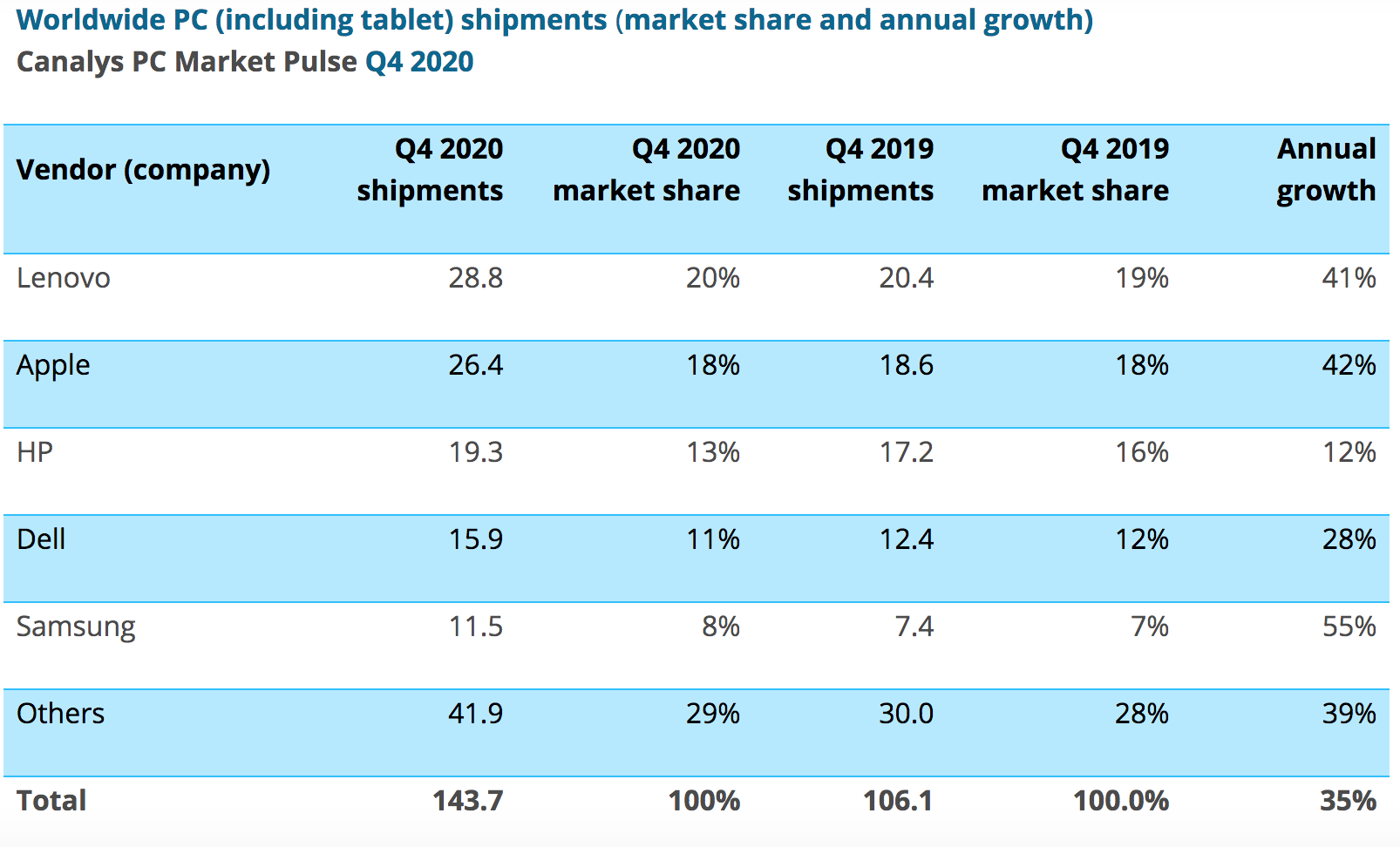 HP, Dell and Samsung rounded out the top five, as all three manufacturers posted double-digit shipment growth in Q4 2020.

Interestingly, Apple furthered its dominance in the tablet market, as it saw shipments increase by 40 percent. The tech giant had its best iPad performance since Q4 2014.

Samsung maintained its spot in second place in the market with 9.9 million tablets shipped, up from 41 percent from Q4 2019. Amazon reached third place amid the strong holiday season demand and shipped 6.5 million tablets.

It’s not surprising that PC and tablet shipments are increasing, especially since people all around the world are continuing to work and learn from home amid the pandemic.