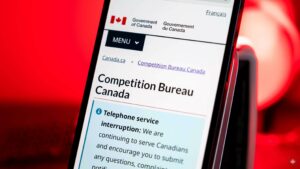 The Competition Bureau has assured MPs that it will conduct a thorough review into Rogers’ proposed acquisition of Shaw Communications.

Members of the bureau appeared in a virtual hearing in front of the Industry, Science and Technology Committee in Ottawa on April 7th alongside the Canadian Radio-television and Telecommunications Commission and officials from Innovation, Science and Economic Development Canada.

Matthew Boswell, the commissioner of competition, told MPs that the bureau will make an evidence-based assessment and take appropriate action regarding the proposed merger.

Boswell stated that the bureau conducts “careful consideration of evidence to determine whether a merger is likely to substantially lessen or prevent competition.”

During rounds of questions, Liberal MP Nathaniel Erskine-Smith asked Boswell about the possible repercussions of losing Freedom Mobile, considering the bureau has noted in the past that the carrier has been crucial in instigating competition within the Canadian telecom market.

Boswell stated that the bureau cannot specifically comment on the matter but outlined that his office will assess all aspects of the potential merger. He also noted that the review will look into whether the merger will affect prices and other factors.

When asked whether the federal cabinet can overturn the bureau’s decision regarding the merger, Boswell stated that his office’s decision is final and cannot be overturned. Boswell also outlined that once a decision has been made, it cannot be altered afterwards.

He told the committee that the bureau does not have the tools or resources to assess mergers after they have been approved.

Further, Boswell noted that the Competition Bureau has received around 7,500 comments regarding the proposed merger and that the bureau will examine these and take them into consideration.

Boswell stated that it’s difficult to determine how long it will take for the Competition Bureau to come to a decision regarding the merger.

CRTC chairman Ian Scott told the committee that once the commission receives a complete application from Rogers and Shaw, it will publish a notice of consultation and seek comments from the public.

Scott outlined that the CRTC will examine the proposed acquisition and consider its relevant policies for the sector that are in place to ensure a diversity of voices in the broadcasting system and that Canadians have access to local and community television programming.

“As with all our proceedings, we will render decisions in the public interest based on the evidence on the record of that proceeding,” Scott told MPs.

Today’s hearing follows testimonies from Rogers and Shaw on March 29th, during which the companies argued that the deal would increase competition and advance 5G. During a separate hearing on April 6th, industry experts testified that the proposed deal will lead to less competition and higher prices for consumers.

The proposed deal requires approval from the CRTC, the Competition Bureau and the department of Innovation, Science and Economic Development.