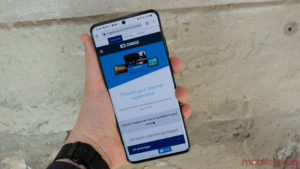 Cogeco is receiving $11.1 million in funding to bring high-speed internet to the Montmagny RCM in Quebec.

The project aims to bring connectivity to 800 households in the regions by September 2022. Funding for the project is being provided under the Canada-Quebec Operation High Speed initiative.

“The COVID-19 pandemic has shown that connecting all Quebecers to high-speed internet has never been more important, “ said Natural Revenue Minister Diane Lebouthillier, in a news release.

“We will continue to invest and work in partnership with the Government of Quebec until all households and all businesses have access to the high-speed internet services they need.”

Operation High Speed aims to give Quebec the highest connectivity rate in Canada. The initiative is made possible by a total investment of $826.3 million from the governments of Canada and Quebec.

The two levels of government hope to reach 100 percent of households throughout the province by September of next year.