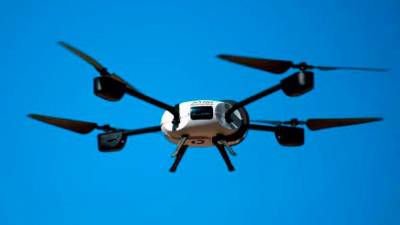 KUCHING: The Sarawak Fire and Rescue Department of Malaysia (JBPM) will use drones provided by the Department of Environment (DOE) and the Natural Resources and Environment Board Sarawak (NREB) to monitor areas at risk of forest fire.

Sarawak JBPM director Khirudin Drahman said the drones, equipped with a siren, would complement the department’s preparations in facing the possibility of forest fire during the dry season in the state now.

“Earlier this year, we have discussed with other agencies such as the DOE and NREB as well as owners of large plantations in northern Sarawak, especially in Miri, on measures to prevent forest fire,” he told Bernama when contacted today.

Based on last year’s statistics, he said the number of fire incidents involving woods, new and large plantations, orchards and bushes was almost zero during the implementation of the first Movement Control Order in March until June, but continued to increase after the order was relaxed.

“Therefore, it is clear that the cause of the fire was human action and the department will collaborate with other agencies to monitor the situation,” he said.

Khirudin said it was important to pay attention to forest fire as the firefighting operation would involve many staff and equipment.

He also advised all farmers and plantation owners to constantly monitor their respective areas to prevent any fire incident.

“Apart from patrolling in potential areas, we also conduct advocacy programme by distributing pamphlets on forest fire, its impact and preventive measures,” he said. — Bernama