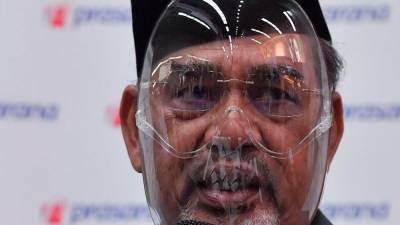 Dang Wangi police chief ACP Mohamad Zainal Abdullah said today that on Tuesday the Attorney-General’s Chambers had ordered that Tajuddin be issued with the compound for failing to wear a face mask during a press conference on May 25.

Tajuddin had committed the offence a day after a crash involving two LRT trains occurred near the KLCC LRT station that left over 200 people injured.

The Pasir Salak MP’s frivolous comments during the press conference did not go down well with the public leading to a call for his resignation.

A day after the media conference, the Finance Ministry dismissed Tajuddin as chairman of Prasarana.

Police also commenced an investigation soon after for his failure to use a face mask during the press conference.