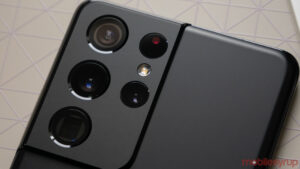 This is considerably smaller than the 0.7 micrometres featured in its 43.7-megapixel Isocell Slim GH1 sensor that the South Korean tech giant released back in 2019.

The company also says that the tiny sensor will decrease the overall smartphone camera module size by 10 percent. Further, it can be utilized for several types of smartphone shooters, including front-facing, ultra-wide, primary and telephoto lenses.

For those wondering about low-light performance, the sensor can combine four pixels into one, allowing functionality called “pixel binning” to reduce the resolution to 12.5-megapixels but increase pixel size to let in four times more light.

We should see the JN1 sensor in a Samsung smartphone sooner rather than later, as the company says it’s now in mass production.