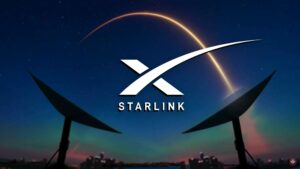 SpaceX’s Starlink is in talks with several airlines about providing in-flight Wi-Fi, according to Starlink’s vice-president Jonathan Hofeller.

Hofeller revealed plans for inflight Wi-Fi during the Connected Aviation Intelligence Summit on June 9th, as reported by The Verge.

“We’re in talks with several of the airlines. We have our own aviation product in development. We’ve already done some demonstrations to date, and are looking to get that product finalized to be put on aircraft in the very near future.” he stated.

It’s worth noting that it’s unknown which airlines Starlink is currently in talks with.

Hofeller noted that the design for the airline antennas will be similar to those used in the standard terminals. However, these antennas will include enhancements for aviation connectivity. In order for Starlink to provide this type of connectivity it will need inter-satellite links.

“The next generation of our constellation, which is in work, will have this inter-satellite connectivity,” Hofeller stated during the panel.

He noted that Starlink has been in contact with airlines for quite some time now but the timeline for a potential launch is still to be determined.

Earlier this year, FCC filings revealed that Starlink has plans to provide internet to aircraft, ships, large trucks and RVs.

A beta version of Starlink is currently available in parts of Canada. You can learn more about the service here.

The post SpaceX’s Starlink in talks with airlines to provide inflight Wi-Fi appeared first on MobileSyrup.