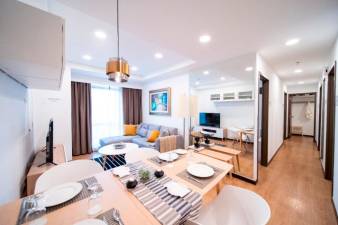 PETALING JAYA: The value attached to owning a home is ingrained in the Malaysian psyche.

It is a concept planted in children’s heads and nourished by parents until they reach adulthood.

There are benefits to be derived from owning a home rather than renting one. It is an investment, denotes permanence, and occupants have full control over the environment inside, especially for those who intend to raise children.

Attaining such a goal today is difficult, if not impossible, especially those who make up the B40 group, the poorest 40% of the population.

According to the National Property Information Centre, the median price for a house was RM295,000 in the second quarter of 2020. On the other hand, the mean household income as estimated by Bank Negara Malaysia in the same period was RM5,873.

A household with that level of income cannot afford a property that costs above RM211,000.

However, a new programme launched by the Better Malaysia Foundation (BMF) may pave the way for the poor to buy property.

Under the initiative, which is the brainchild of Berjaya Group chairman Tan Sri Vincent Tan, houses in the Klang Valley can be priced from RM120,000 to RM300,000, making them within the reach of most people.

These homes will have floor areas of 450sq ft to 900sq ft, with up to five bedrooms and three bathrooms for larger units.

Head of Social, Law and Human Rights at Emir Research Jason S. W. Loh said a programme such as this will be good for those who otherwise cannot afford a home.

Loh, who heads research on social, law and human rights issues at independent think-tank Emir Research, said other initiatives attached to the programme, such as government guaranteed loans, 100% financing and home loans with repayment periods stretched over two generations or from 40 to 60 years, would help many Malaysians purchase a home.

“It would be good if there are organisations that will take this programme for affordable housing forward by actually building those houses.”

He said BMF has the potential to be at the forefront of the campaign to provide affordable housing to the poor.

Loh suggested that BMF offers itself as a developer of affordable homes in partnership with the federal and state governments.

He suggested that such a developer could assume the burden or construction exclusively, in return for free land from the state governments and exemption from compliance in relation to the provision of utilities such as water, electricity and internet service.

He said organisations that undertake such projects should also be exempted from paying taxes and whatever profits they make should be reinvested into the construction of more affordable homes.

“With the land and utility infrastructure costs not factored in, it is entirely realistic for a private developer or non-governmental organisation to serve the need of those in the B40 group for proper housing,” Loh added.