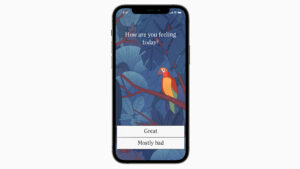 Towards the end of every WWDC, Apple gives several apps and games with ‘Design Awards’ based on different categories like ‘Inclusivity,’ ‘Social Impact,’ ‘Visual and Graphics’ and more.

As is the case with most years, big titles like Genshin Impact, Alba, and League of Legends: Wild Rift, took home top honours. However, there are a few Canadian gems included in this year’s list of winners.

Pok Pok Playroom, a game that’s a spin-off of Toronto-based Snowman, also won the design award for ‘Delight and Fun.’

The child-focused colourful app features mesmerizing interactions, interesting haptics and unique sound effect that all aim to encourage children to explore and experiment. Pok Pok Playroom’s development team is located in Belgium. MobileSyrup will have more on Pok Pok Playroom in the coming weeks.

You can find a full list of Apple Design Award winners below: