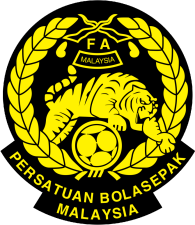 THE Malaysia Harimau football team will be playing Vietnam in Dubai today, and we can expect Vietnam to give our boys a whipping.

Vietnam are on top of the group and have recently beaten Indonesia four nil. They are a formidable side, and they are passionate and volatile about their game. On the other hand, we lost to United Arab Emirates (UAE) four nil last week in Dubai. The Vietnam national football team coach is confident his team will reign against Malaysia.

Our players lack stamina, imagination, confidence and strategy. When they played against UAE, they looked like novices. They lost the ball and gave the ball away easily. The defence was in shambles, and if not for the heroics of the goalkeeper, we would have lost by a bigger margin. Our national team is in dire straits.

To make matters worse, we have four to five “naturalised” players who are foreigners, who have been given citizenship. These are professional players from foreign countries, representing foreign football clubs. They have been brought in to inject power, confidence and strength into the team. However, they too lack conviction and are not able to adapt.

Having foreign players “naturalised” for the sake of winning football games smacks of embarrassment and shame. We are showing the world that we do not have talented and skilled home-grown players. We need to wake up and realise that we were once a force to be reckoned with in Asia in the 60s and 70s. We did not have foreign players in the national squad but we had legends like Sharuddin Abdullah, Namat Abdullah, Shukor Salleh, Arumugam, Santokh Singh, M. Chandran, Soh Chin Aun, Syed Ahmad, Wong Kam Fook, Chow Chee Cheong, Mokhtar Dahari. They brought fear to Indonesia, South Korea, Thailand and Japan.

How can we forget our encounter with West Germany in Munich in the 1972 Olympic Games? Though we lost three nil, we put up a good and valiant fight. Those were the glorious days of Malaysian football. These players were not paid fat sums of money to play for their clubs and nation. They all worked for a living.

Sadly and unfortunately, the Harimau Malaysia players have not shown the same commitment and passion. This explains why the standard of Malaysian football has fallen to its lowest. We were ranked just below Bhutan in the FIFA ranking a few years ago. Malaysian football has slipped to 153 in the world ranking, its lowest and worst ever standing in the history of our nation’s football.

We were once the giants of Asia. Now, even war-torn countries are beating us.

We need to wake up from our reverie and start revamping the whole team from scratch. Even a kampung team or an estate football team can do better than our national players.

One solution would be to get state football coaches to go to the kampungs, estates and new villages to spot talents. Do not waste time and money on foreign players.

We cannot make amends overnight but we can face up to reality and do something now.