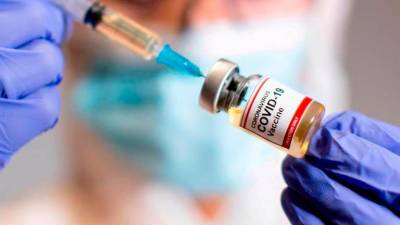 KOTA BHARU: Not even a faulty motorcycle could stop 76-year-old single mother Siti Merian Sulong from walking about three kilometres from her home in Kampung Pasir Hor here to get her Covid-19 vaccine jab at the Balai Islam Complex in Lundang last week.

She said she was determined to get the jab although she had to walk for almost three hours to get to the vaccination centre (PPV) on June 1 after the motorcycle owned by her son, Suhaimi Husin, 42, broke down.

She said that she was earlier scheduled to get the first dose of the vaccine last month but had to postpone the appointment due to transportation problems.

“On the latest appointment day, my son’s motorcycle again broke down. But I didn’t want to miss my appointment for a second time, so I decided to walk all the way to the PPV.

“I left home at 10am since my appointment was at 1.30pm. I reached the Lundang Balai Islam Complex at 1pm,” she said when met by reporters at her home in Kampung Pasir Hor here today.

The mother of four children, aged between 42 and 50, said that when she arrived at the PPV, she sought permission from a nurse to rest first.

“As soon as I arrived, I was told that it was my turn but I asked to be allowed to rest for a while because I was tired after walking so far.

“The personnel on duty was kind enough to book me a Grab car and also paid for it to send me home after my vaccination,” she said.

Siti Meriam said she did not want to trouble her two children who were staying with her as they had health problems while her two other children lived outside Kelantan.

She also said her granddaughter Roshanani Bakri, 29, who lives in Kuala Lumpur, had helped her register as a vaccine recipient on the MySejahtera application.

“The day before the appointment, my granddaughter called me to tell me to go to the PPV to get my jab.