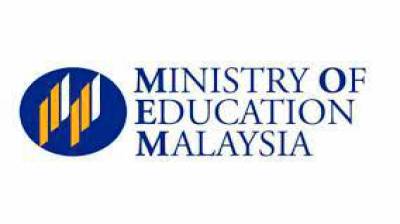 KUALA LUMPUR: The Education Ministry (MOE) today denied that a ‘SPM grading scale’ chart being viralled on social media was from the ministry’s examinations syndicate.

MOE in a statement said the ‘SPM grading scale’ chart being viralled gave the impression that it was the actual grading scale for the 2020 SPM examination, which it added can confuse the public, particularly candidates and their parents.

“It must be emphasised that ‘SPM grading scale’ chart being viralled is not from the Malaysian Examinations Syndicate under the MOE.

“The Examinations Syndicate has lodged a police report at 10.31 pm today and has also reported the matter to the Malaysian Communications and Multimedia Commission (MCMC)”, the MOE said.

“ The claim has also tarnished the image and credibility of the Examinations Syndicate as the national assessment body and also threatened public order.

MOE’s statement was in reference to a Facebook posting under the name ‘MamaMia Mia’ today on the ‘SPM grading scale’ chart, with the caption “Patut aku pelik budak2 sekarang berderet A”, loosely translated as “No wonder I find it strange kids are scoring straight As these days”.

The chart shows lowered scale marks, including for Additional Math in which students obtained A- despite scoring only 50 marks, while for English and Bahasa Melayu, students were said to have secured A- with 66 marks. -Bernama