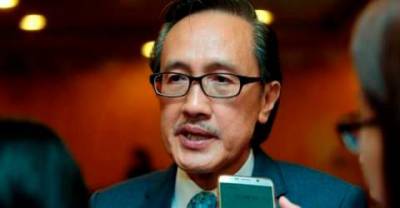 KOTA KINABALU: Three more new Covid-19 clusters were detected in Sabah today, with two involving workplace transmission and one due to funeral activity.

He said the Eioz Selatan cluster involves the workplace involving 10 Covid-19 positive cases triggered from an index case infection of a 23-year-old male general worker who was confirmed positive on June 3.

“Positive cases consisted of employees of a warehouse in the Kota Kinabalu Industrial Park, and have even spread to the second generation, namely family members. Seven cases were detected in Kota Kinabalu, two cases in Tuaran and one in Penampang,“ he said in a statement last night.

Masidi said another workplace cluster is the Jalan Agaseh cluster which recorded 15 cases triggered by the index case of a 64-year-old woman, who tested positive on June 9, at the district’s health clinic.

“This cluster involves the spread of infection in electrical engineering companies and the cause of infection is still being investigated. All positive cases of this cluster were referred to the Lahad Datu Hospital for further treatment and isolation at the Lahad Datu PKRC (Covid-19 Quarantine and Low-Risk Treatment Centre ),“ he said.

Masidi said the Kampung Kebayau cluster which involved 27 positive Covid-19 cases in Kota Belud (23) and Keningau (four) which was triggered by the index case of a 26-year-old man who was confirmed positive on June 3 and was closely related to the funeral in Kampung Kebayau on May 26.

“Some 112 individuals among family members, close contacts and casual contacts were screened with 27 found positive, eight still awaiting results and the the rest negative,“ he said.

Meanwhile, he added that Sabah recorded 335 new Covid-19 cases today, bringing the cumulative total to 66,043 cases, while 329 patients recovered, bringing the total number of recoveries from the outbreak to 62,846. -Bernama