Masidi, who is also the state government’s spokesman on Covid-19, said a total of 252,384 people had received the first dose, while the remaining 107,073 had completed both doses of the vaccination under Phase 1 and Phase 2 of the programme’s implementation statewide.

“Under Phase 1, a total of 61,000 people have received the first dose, including 860 people today, while 53,190 people have completed both doses, with four of them administered the second dose today.

“For Phase 2, a total of 191,384 people have received the first dose of the vaccine, including 9,915 people today. A total of 53,883 people have completed both doses of vaccination, including 3,214 people who were administered with the second dose today,” he said in a statement here tonight.

Masidi said that a total of 671,721 individuals had registered for vaccination, with 1,439 registrations recorded today.

Commenting on the development of Covid-19 in Sabah, Masidi said that a total of 230 new cases were recorded today, making a cumulative total of 66,546 cases, with three deaths reported, in Tawau, Papar and Semporna. 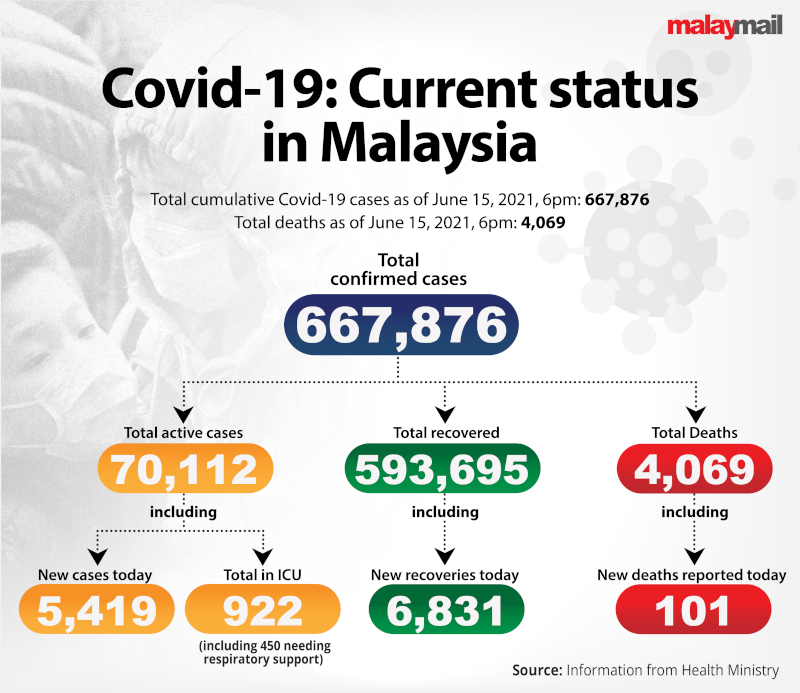