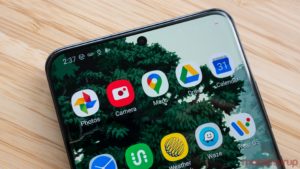 An assortment of Samsung devices are finally getting their June update, but surprisingly not the company’s flagship brand.

If you’re using a Samsung Galaxy A52, an S10 series device, an S20 series phone, a Note 10+ or a Note 20 series handset or the Galaxy Z Fold 2 5G you’ll be getting your June security update today, according to both Rogers’ and Telus’ OS update schedules.

It’s worth noting that if your phone is unlocked you’ll also get the update.

According to 9to5Google, the Samsung Galaxy S21 series is also getting its June update; however, that’s typically only for the international variant that offers the Exynos processor. Samsung devices in Canada and the U.S. are different as they feature the Qualcomm chipset.

It’s likely that the Samsung Galaxy S21 series will get the update soon, but it’s not something we can guarantee.