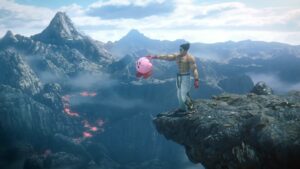 Tekken‘s Kazuya has been revealed as the next downloadable fighter for Super Smash Bros. Ultimate.

A brief trailer was shown for the character during Nintendo’s E3 2021 Direct presentation. Check it out below:

A new Super #SmashBrosUltimate fighter has been revealed! pic.twitter.com/mjyJQwZ2pX

A full breakdown of Kazuya from Ultimate director Masahiro Sakurai will come on June 28th at 10am ET.

Each fighter can be purchased individually for $7.55 CAD or together in the $37.79 Fighters Pass Vol. 2.