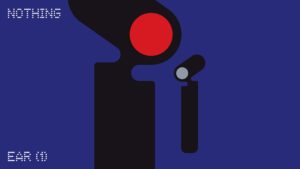 Carl Pei’s ‘Nothing’ company initially planned to unveil its first product, the ‘Ear 1’ earbuds, this month. However, the anticipated earbuds are being pushed back.

Pei, the co-founder of OnePlus, took to Twitter to confirm that the “ear (1)s” will come out a bit later because “there are a few things left to finalize.”

A month ago we announced that ear (1) would be revealed in June. We’re near the finish line and there are a few things left to finalize. For this reason @Nothing ear (1) will now come out a bit later this summer. Your support and patience mean the world to us. More updates soon!

While we don’t exactly know what the earbuds will look like, we have somewhat of an idea. Previously, Pei showed off a transparent render of the earbuds and indicated that they were inspired by “a grandmother’s tobacco pipe.”

The post Nothing’s ‘Ear 1’ earbuds delayed, with plans to launch a bit later this summer appeared first on MobileSyrup.