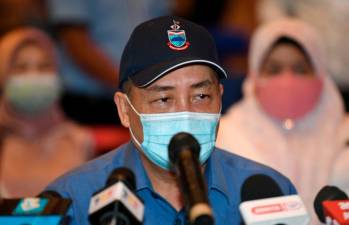 Hajiji said he has held a discussion with State Assembly Speaker Datuk Kadzim Yahya yesterday following the statement of the Yang di-Pertuan Agong Al-Sultan Abdullah Ri’ayatuddin Al-Mustafa Billah Shah who expressed the view that Parliament should sit as soon as possible.

“The state government has sought the advice of the National Security Council and is prepared to reconvene the State Legislative Assembly under strict standard operating procedures (SOPs),” he said in a statement here today.