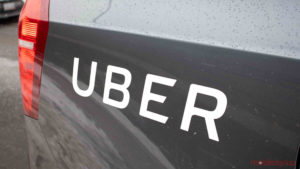 Uber has released data that indicates Canadians are feeling more comfortable with engaging with local economies as cities start to reopen.

Data shows that overall downtown core trips for top Canadian cities have increased by 74 percent compared to the same week in January. For instance, trips in Toronto last week increased by 82 percent.

When looking at just last weekend, Uber saw an increase of 129 percent in trips compared to January across Canadian cities.

Uber notes that it is looking for more than 30,000 drivers to sign up across the country to meet the demand as cities start reopening.

The ride-hailing service is launching two new features this summer. The first feature, UberX Reserve, will allow users to plan and confirm the trip up to 30 days in advance.

The second feature, Uber Pet, allows for any kind of domesticated animal to be brought on a trip, at the driver’s discretion.

Uber is also partnering with MADD to help Canadians return home safely. New riders who sign up for Uber from now until the end of the year will receive $15 off their first ride with the code ‘MADDCANADA21.’