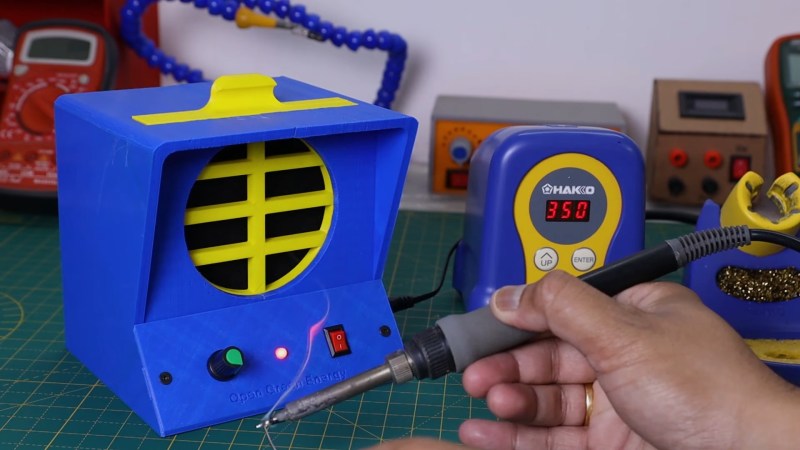 Soldering is a key skill to learn when building electronics, but it’s also a process that can put out a lot of fumes. The best way to deal with this is to use a fume extractor. Of course, you can always make your own, as [Open Green Energy] ably demonstrates.

The build relies on a 120mm case fan for suction, and it’s combined with a activated carbon filter to best capture the harmful fumes from the soldering process. The fan is neatly installed inside a 3D printed enclosure of custom design, which also includes a removable tray which holds the filter material. The fan is run from a DC power supply via a barrel jack, and a basic speed controller is installed to allow the fan to be turned up higher for more suction, or lower to reduce noise.

It’s a useful item to have around the home workshop, and it’s something that you could easily whip up at home with parts from the junk bin if you’re so inclined. The benefit of 3D printing is that you can easily alter the design to suit whatever parts you have on hand.

We’ve seen a few fume extractor builds over the years, from the simple and basic to the very fancy. Video after the break.