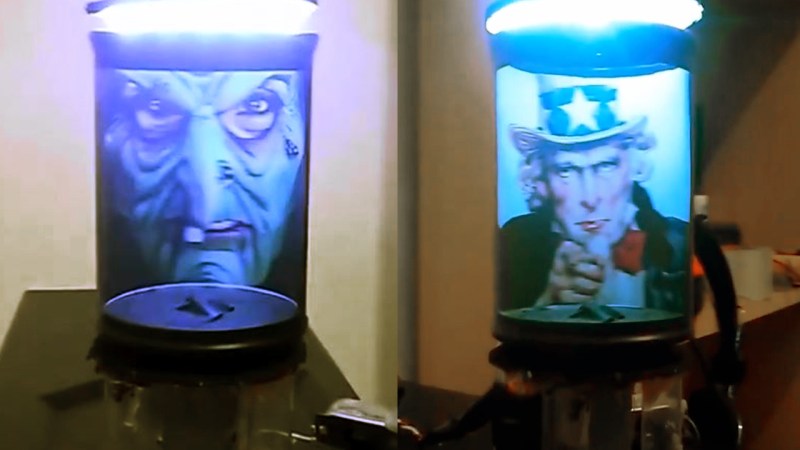 Back in 2018, [Salah] created a prototype display that seems to defy logic using little more than a Pringles can and a fast motor. While not volumetric, this hack does show the same 2D image from any vantage point in 360 degrees around it.

How can cardboard create this effect? Somewhat like a zoetrope uses slits to create a shutter effect, this display uses a thin slit to limit the view of the image within to one narrow vertical slice at a time. When moving fast enough, Persistence of Vision kicks in to assemble these slices into a complete image. What we think is so cool about this hack is that the effect is the same from any angle and by multiple viewers simultaneously.

The project page and video demonstration after the break are light on details, though the idea is so simple as to not require additional explanation. We assume the bright LED seen in the video below was added to overcome the relatively dim appearance of the image when viewed through the narrow slit and isn’t strictly required.

If you are a fan of modern updates to victorian display technology, be sure to check out the 3D printed zeotropes and phenakistiscopes by [Akinori Goto], [Jeremy], and [Greg Borenstein] too.