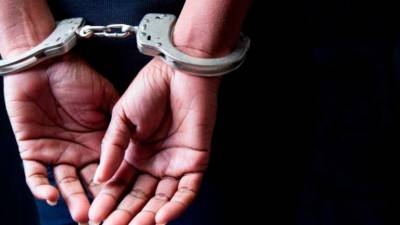 “I confirm that the Bukit Aman JIPS raided a police station in the Kajang district, yesterday.

“All eight individuals, aged between 21 and 54, are being investigated for violating the standard operating procedures (SOP) for movement control under the National Recovery Plan while the four policemen involved are also facing disciplinary action,“ he said when contacted, today.

Bernama understands that in yesterday’s raid, four policemen with the rank of sub-inspector, two corporals and a support corporal along with four women were arrested while partying in a special room at the police station.

It is understood that in the raid, police also confiscated several bottles of water suspected to be ketum juice, bottles of liquor, speakers, disco lights, a microphone and television.

When the raid was carried out, it was understood that the room was dark with only the disco lights on and a group of men and women were dancing and singing karaoke. Meanwhile, Azri said the actions of the police personnel and public were breaching Covid-19 SOPs. He said there would be no compromise and stern actions would be taken against any member who violated the SOPs outlined by the government.