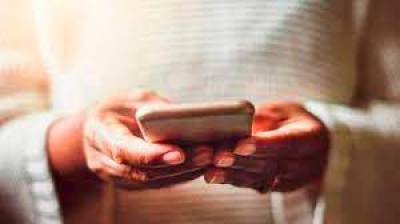 PETALING JAYA: Opinion is divided over whether removing social media posts with suicidal elements or detaining those with such thoughts may prove to be detrimental in the long term.

SEGi University psychologist Prof Datin Dr Mariani Md Nor told theSun that social media postings with suicidal elements are one of the ways for these victims of mental distress to express their dissatisfaction and frustrations.

“With the strict enforcement of the standard operating procedures (SOP), social media is the only platform to voice their feelings and to prevent them from feeling frustrated, bored or depressed,” she said.

“In a way social media platforms help them to cope with mental distress,” she added.

She highlighted that preventing people from venting their frustrations on their social media would aggravate their unhealthy situation, which may further affect their mental health.

A local English daily reported last Thursday that police have the authority to detain and decide on the next course of action on those who upload videos and photos containing suicidal elements on social media.

According to the news report, Malaysian Communications and Multimedia Commission (MCMC) chairman Dr Fadhlullah Suhaimi Abdul Malek said social media operators would be notified so that they could take down the contents immediately.

But MCMC will take down such postings if the contents were uploaded in a local web address.

Mariani said with too many constraints in their lives during this difficult time, it is not advisable to take away one by one the avenue they can turn to for help, which may be disastrous for these people.

“If the ‘white flag’ movement is a symbol of needing help, well these people who posted such videos and photos need help too,” she said.

While such a move by the authorities may help to reduce the number of copycat suicides, she hoped that the government would look at all aspects to ensure such action taken would not put the victim in jeopardy.

On the other hand, clinical psychologist Dr Joel Low of The Mind Psychological Services and Training agreed with the decision made by the authorities as he believes that the government has yet to actively stop anyone from using their social media platforms to share about their struggles.

Rather, he said, the move would have its greatest impact and will benefit by means of protecting the privacy of the victims and their family too.

“I don’t think the move would aggravate the situation given that there seems to be very little connection between the sharing of these videos and one’s ability or avenue to cope,” he said.

In his opinion, Low said in many cases, sharing videos with suicidal elements would not constitute as “venting as a way of coping”.

“It would seem to be a bit counter-intuitive for someone to share these videos if they are in fact going through a rough time,” he said