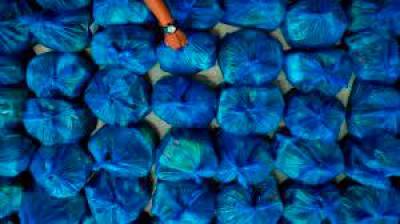 REMBAU: It was a relief for housewife Chong Chooi Foong when a basketful of food supply under the “Bakul Prihatin Negara” arrived at her doorstep – hardly two hours after she made a call to to the District Social Welfare Office’s operation centre.

The Covid-19 pandemic has made life difficult for Chong, 54, especially when her husband lost his income as the motor workshop he was working at had to close due to the movement control.

The couple’s two sons, who were working at a factory, also lost their job after Covid-19 positive cases were detected at the factory.

The family, who lives at the Chengkau People’s Housing, did not expect help to arrive so soon and it surprised them when Rembau District Social Welfare Officer Nurul Fatihah Jasli and members of the Rembau Prihatin Squad came a calling at their doorsteps on the very same day the call was made.

“This aid helps ease our burden. The Rembau District Social Welfare Office is quick to respond to our call. Thank you,” she told Bernama.

Another recipient of the food basket, Normah Idris, 61, who lives with her husband in Kampung Bongek Tengah, said it was their daughter who called the Social Welfare Department to request help for them.

“Alhamdulillah, I am relieved to receive this food basket…the food can last us a month,“ she said, adding that their children are all living in other districts and states.

The government had so far distributed 2.315 million food baskets involving an allocation of RM173.4 million, and had benefitted 9.26 million recipients.

Those in need of food supplies and other assistance can contact the JKM in their respective districts, Talian Kasih 15999 or WhatsApp at 019-2615999 which is open 24 hours. –Bernama